Bad data and spurious or seemingly random electrical signals can be the result of not using shielded cables. Shielding protects the conductors inside cable assemblies from the effects of electromagnetic interference (EMI). It adds a little cost and weight but avoids expensive, and possibly even dangerous, problems in control and data transmission systems.

Bad data and spurious or seemingly random electrical signals can be the result of not using shielded cables. Shielding protects the conductors inside cable assemblies from the effects of electromagnetic interference (EMI). It adds a little cost and weight but avoids expensive, and possibly even dangerous, problems in control and data transmission systems.

What Are Shielded Cables?

Shielding is achieved by placing a conductive wrapper around the inner wires and under the outer protective sheath of a harness or cable assembly. It increases cable thickness slightly, adds to weight, and reduces flexibility, but protects the signals traveling through the wires from corruption by EMI.

When the current is very small, such as data signals in the milliamp range, EMI can create the illusion of signals when none are present or cancel out those that are. This can result in corrupted and lost data. In extreme cases, it might even make actuators operate or machines cycle when they shouldn’t.

Any device drawing or producing a fluctuating high current can cause EMI. This includes motors, welding equipment, induction heaters, plating processes and transformers.

The term EMI is sometimes used interchangeably with radio frequency interference, (RFI). Both are electrically generated but RFI refers to higher frequencies that extend over a greater distance. EMI is typically generated by sources close to where it has an effect while an RFI source may be some distance from where the effects are experienced.

How do Shielded Cables Work?

The protective metal sheath in a shielded cable works in two ways. It reflects a proportion of the incident EMI and diverts more through a low impedance path to an electrical ground at one end of the cable When the cable is exposed to EMI, grounding lets currents formed in the sheath flow away safely, so protecting the data/signal-carrying cables inside from EMI.

Shielded cables should not be grounded at both ends. This would create a risk of ground loops that would negate the beneficial effects of the sheathing.

An alternative to shielding is twisted pair cable. This is where two insulated conductors are wrapped around each other. Low-voltage differential signals (LVDS) are often sent over twisted pair cabling. The arrangement cancels out the EMI between the two conductors but is of limited effectiveness against more powerful sources.

There are two situations where shielded cable should be used. The first is when the cable will run near potential sources of EMI. Industrial facilities are a good example, where there are likely to be large motors and other heavy current-drawing machinery.

The second situation is when any degradation or corruption of the signals being carried could have damaging or costly consequences. One example is equipment with motion as spurious signals could prompt unexpected movements with potentially harmful consequences. Another example is when corruption of the data being carried would be inconvenient or lead to inaccurate records and perhaps wrong decisions.

Cabling used in safety-critical applications should always be shielded to protect against accidents.

What Is Shielded Cable Used For?

Shielded cable is preferred in many industrial environments. These are situations where either EMI sources are known to exist or could be installed at a later date. Conversely, commercial premises, offices and domestic environments seldom have any significant sources of EMI. In these conditions the additional expense of shielded cables may be unnecessary and twisted pair wiring may be sufficient.

Shielded cables are used in many industries and applications, the common theme being the need to protect against interference with the signals being sent down the wires. Some examples include:

There are two main ways of adding shielding to cables. The cables are either wrapped in a thin, polyester-backed, aluminum foil or surrounded by a copper braid. A variant of braiding is to wind a helix of wire around the conductors in what’s called “spiral” shielding. Choosing the most appropriate technique requires an appreciation of how their advantages and disadvantages meet the needs of the application.

In some environments where the consequences of EMI could be highly damaging, it may be desirable to use both types of shielding in a cable.

The primary advantage of foil is that it completely encloses the data or signal wires. This provides a higher level of protection than braided shielding, which can never provide more than 70 to 90% coverage. It’s also particularly effective at blocking high-frequency EMI and RFI.

In addition, as the foil is very thin it adds a minimum of weight and only slightly reduces the minimum bend radius. However, it’s difficult to connect foil to a plug or a terminal so it’s usually supplemented with a drain wire. This is a small diameter tinned copper wire that contacts the foil along its length but is more easily terminated.

Foil shielding is often used in co-axial and electronic cables. It is not suitable for cables that need to flex as the foil can tear and become ineffective.

Braided shielding is achieved with thin strands of copper wire. These provide better conductivity than aluminum foil, even with a drain wire, and so form a lower impedance path to ground. However, the braiding allows a small proportion of incident EMI to pass through to the inner signal or data wires.

Braiding effectiveness is increased by using a higher number of thinner strands more densely packed but is never more than 90%.

Braiding adds more weight than foil and increases the cable diameter. However, it’s more easily terminated and can be used where some flexing is needed. Braiding works well for lower frequencies and is often used in co-axial and low-speed communication cables.

Using inappropriate shielding, or worse, not using shielding at all, can lead to a host of problems with electrical equipment. With over 50 years of experience in the cable and wiring harnesses industry, ISC knows what it takes to ensure reliability.

However complex the assemblies, we have the robust processes and automation essential for consistency and repeatability. Whether you need something as simple as a fan harness or a sophisticated multi-layered control system or enclosure, we can help. Ask us how we can support your next project.

Ready to get started?

Get in touch with us to discuss your project and how we can help!
Get in Touch 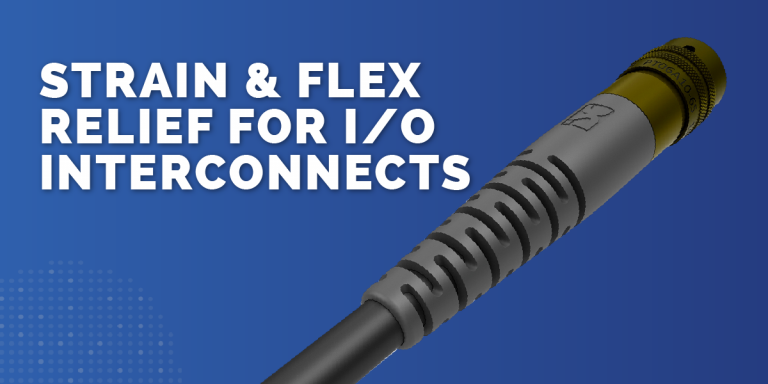 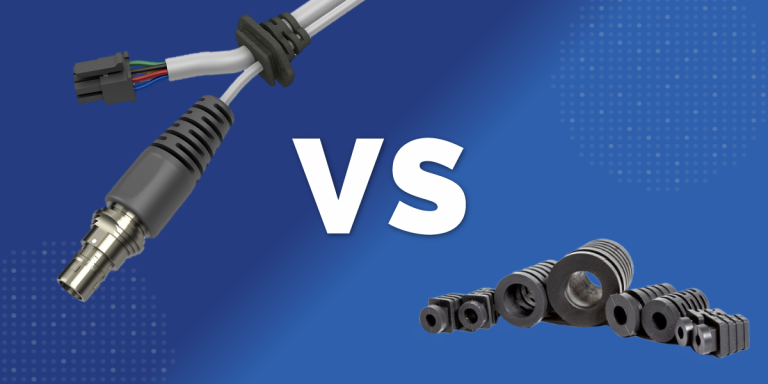 Ways to get Started

No matter what phase your project is in, we can partner with you to design and manufacture complex assemblies with custom overmolding. Simply submit a project and one of our experts will be in touch with you within 24 hours as we review your project.

Need an NDA before sending files? Submit an NDA and we will get it signed so that we can get the conversation started.

Want to discuss a project in detail?

Whether you have a question or want to discuss a project in detail, we’re here to help. Schedule a call and one of our experts will reach out to confirm a meeting time with you.

Take this time to ask questions about our capabilities, DFM best practices, and relevant case studies. No question is off limits!

Want to discuss a specific project in detail but need us to sign an NDA first? No problem. Submit an NDA and we will get it signed right away so that we can get the conversation going.